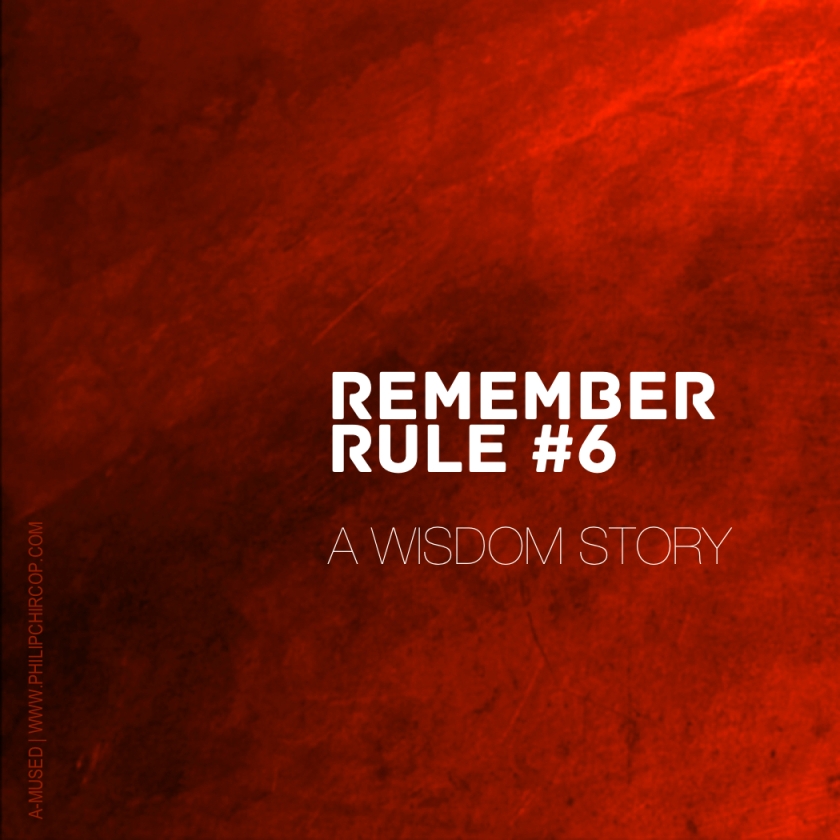 Two Prime ministers were sitting in a room discussing affairs of state.  Suddenly a man bursts in, apoplectic with fury, shouting and stamping and baning his fist on the desk.  The resident prime minister admonishes him: “Peter,” he says, “kindly remember Rule Number 6,” whereupon Peter is instantly restored to complete calm, apologizes, and withdraws.

The politicians return to their conversation, only to be interrupted yet again twenty minutes later by an hysterical woman gesticulating wildly, her hair flying.  Again the intruder is greeted with the words: “Marie, please remember Rule Number 6.”  Complete calm descends once more, and she too withdraws with a bow and an apology.

When the scene is repeated for a third time, the visiting prime minister addresses his colleague:  “My dear friend, I’ve seen many things in my life, but never anything as remarkable as this.  Would you be willing to share with me the secret of this Rule Number 6?”

After a moment of pondering, he inquires, “And what, may I ask, are the other rules?” …

As we encounter stress and anxiety, fear and worry, let’s call to mind rule #6! When it shows up, pay attention to the negative, deconstructive inner dialogue and intentionally stop it in its tracks. Remember:

A young man who went to a rabbi and said, “I know that we are commanded to love God with all our heart, all our soul, all our mind, all our strength. But I know that my heart and soul and mind and strength have bad parts in them. So how can I love God?”

After a pause the rabbi replied, “It seems you will just have to love God with the bad parts too.”